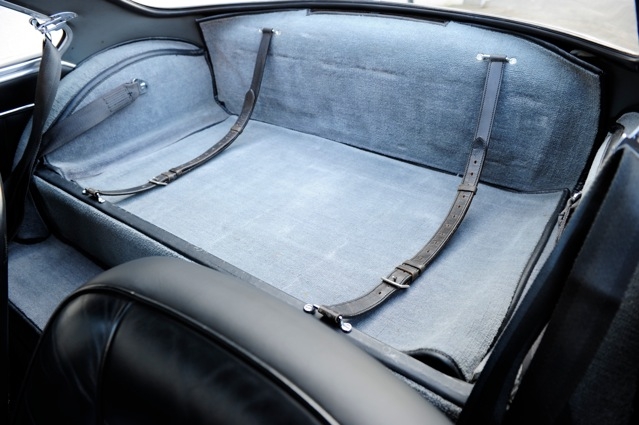 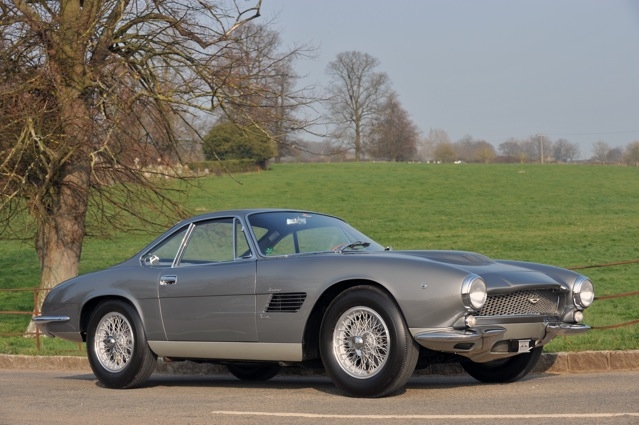 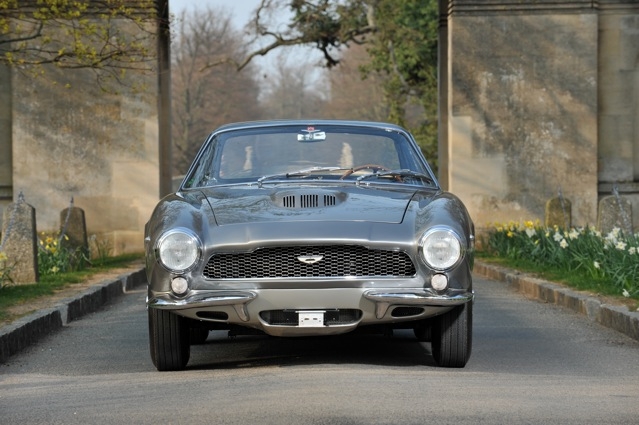 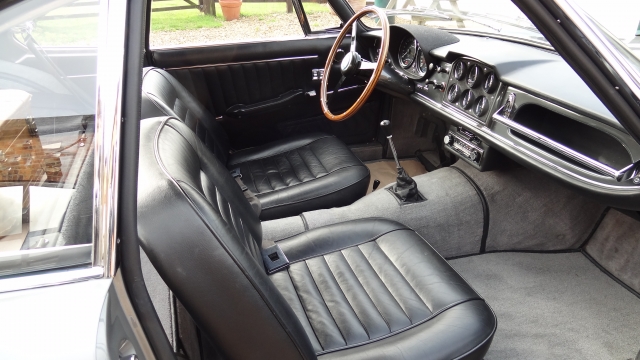 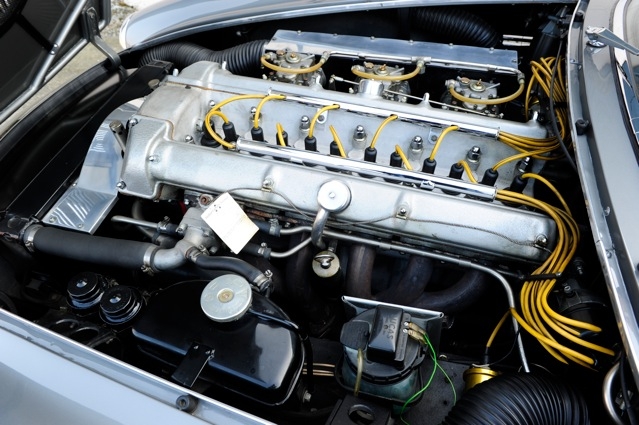 This car has now been sold for a RECORD BREAKING £3,249,500 at the Aston Martin centenary anniversary sale.

In 1960 Aston Martin commissioned the Italian design house Bertone to conceive and build a special Gran Turismo version of the DB4GT which was to be unveiled at the 1961 Geneva Motor show.
The design was actually penned by a young Giorgetto Guigiaro who was emerging as one of the greatest automotive designers of our time. The product of this commission was one of the best looking Aston Martins ever created. What makes this car so desirable apart from its incredible lines and coachwork, is that the car is unique. Only one was ever built, it is the only steel bodied Aston Martin GT ever produced and it was the last DB4GT chassis off the production line. The car was titled ‘The Jet’ and it debuted as planned at Geneva in ’61 alongside Jaguar’s new E-type.
The Jet features a 3.7 litre straight six engine with twin spark plugs using three Weber 45DCOE carburettors giving around 300BHP at 6000rpm which results in scintillating performance. With disc brakes all round, the car can stop as effectively as it goes. DB4GT Zagatos will be more familiar to the cognoscenti than ‘The Jet’ due to nineteen Zagato examples originally having been built, these were supplemented by a further six cars in the early 90’s, using chassis left over from the original production run. The Zagatos were built of aluminium with Perspex windows to reduce weight; The Jet was unusually for a one-off and exceptionally for Aston Martin, expensively crafted in steel. The Zagatos, being a light weight road legal racer, feature significantly less of the creature comforts exhibited by the Jet in the truest tradition of the finest GT’s. The Jet even features a 37 gallon fuel tank to extend its effective range; Land’s End to John o’Groats on one tank is well within its reach.
The car has been owned since the mid-1980’s by the late Hans-Peter Weidmann, and more recently his family. Hans-Peter had previously owned several other variants of the DB4, including two Zagato V8’s, before losing his heart to ‘The Jet’ when he obtained it in 1986. He immediately had it restored to concours condition under the guidance of the Aston Martin factory in Newport Pagnell.
As a testament to his exacting requirements and attention to detail, between 1989 and 2007, the car won twelve awards at the highest level including ‘First in Class’ at Pebble Beach and the Hurlingham Club, and ‘Best in Show’ at Villa D’Este