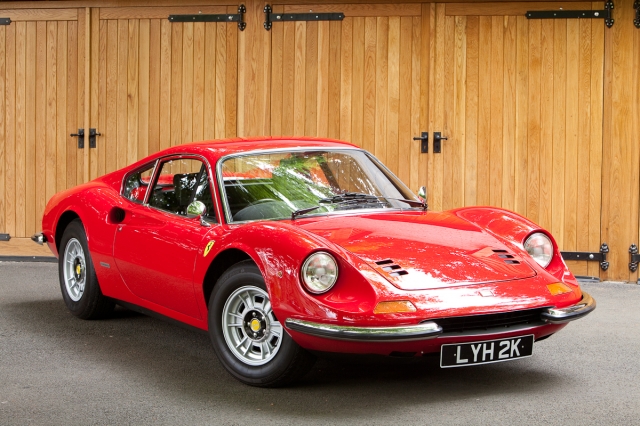 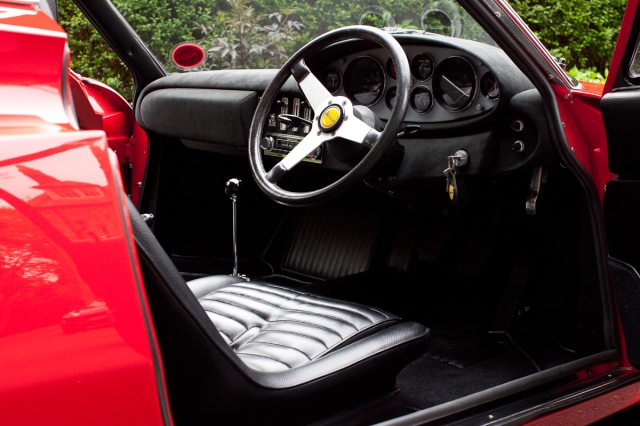 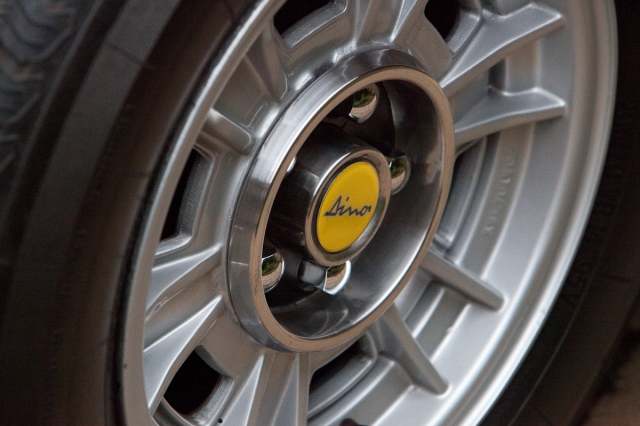 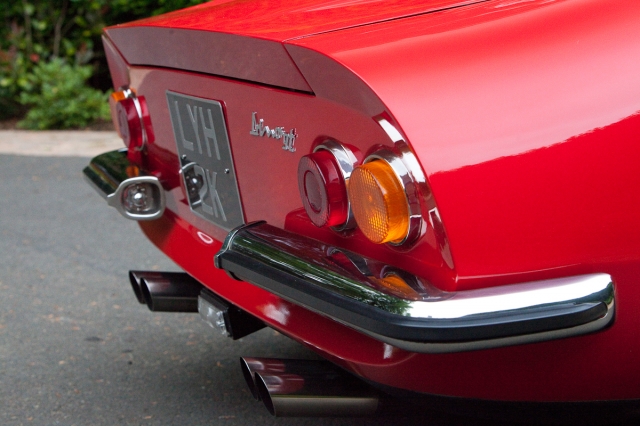 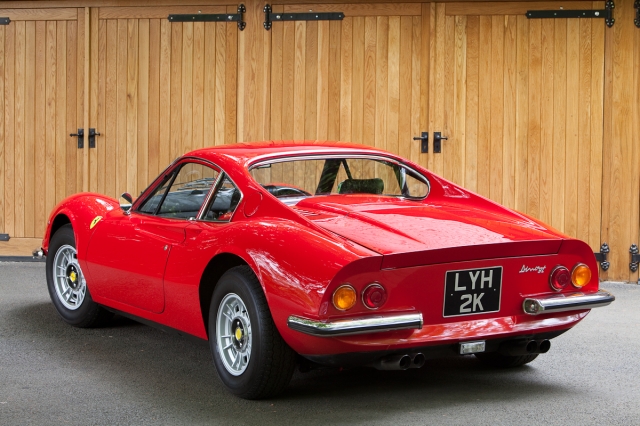 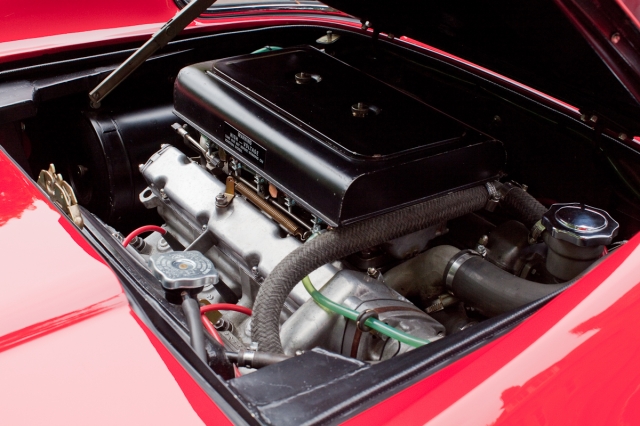 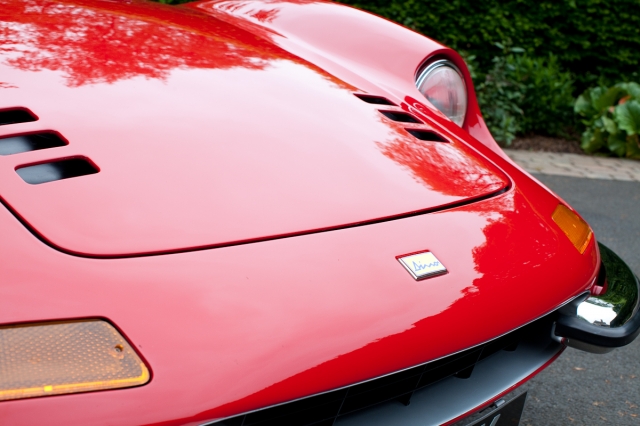 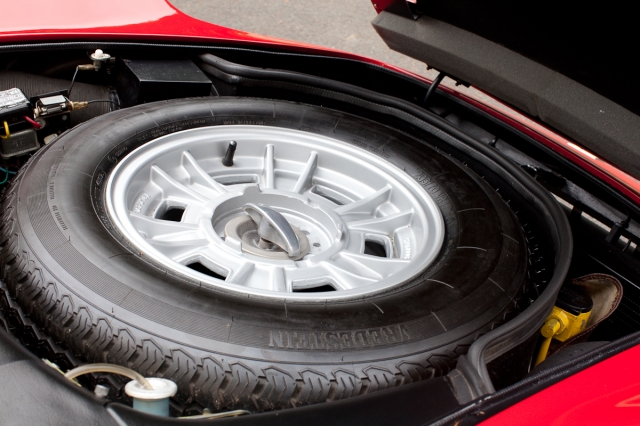 Chassis 04052 is a series 2 Dino GT that was supplied by HR Owen and first registered in June 1972. In 1979 having covered just 40,000 miles the car was parked up by its owner in his garage and laid to rest for a period of 25 years. Fast forward to 2005 when the car was purchased by its current owner and extracted from the garage where it had remained untouched but allowed to deteriorate with time and poor conditions. A 5 year total restoration was set about immediately including removing the body from the chassis as well as the gearbox and engine. The car was totally stripped, restored and rebuilt right down to the last nut and bolt and is now presented in its finished condition having covered just 1000 miles since completion. The engine and gearbox were of course totally rebuilt as part of the rebuild. The car is presented in the classic and most desirable combination of Rosso with black (original trim material!!) seats, black carpets and an alcantara dash. The car is accompanied by a file full of photos and documents relating to the thorough rebuild.